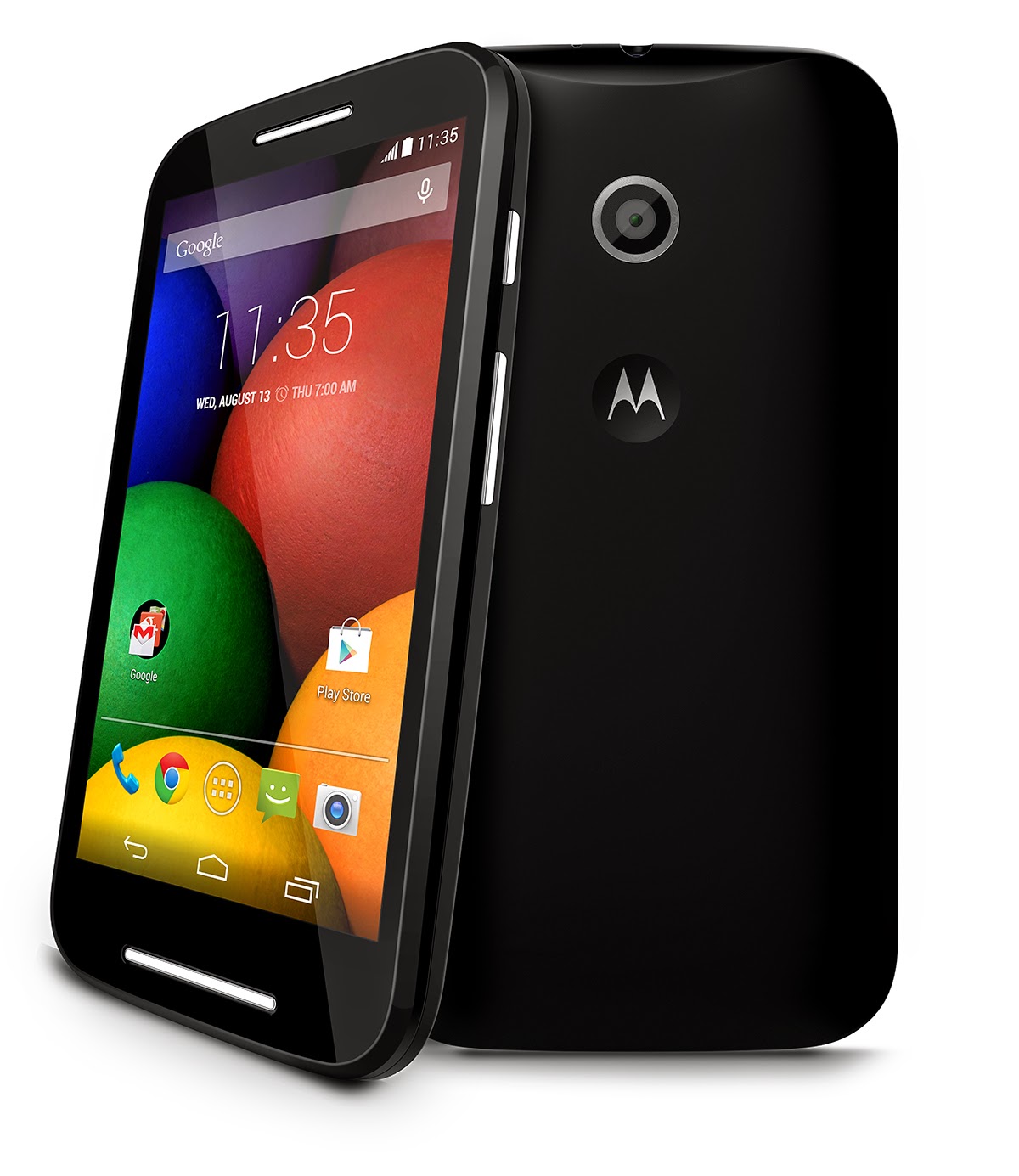 Motorola was the first company to bring consumers the cellular phone, the flip phone and a really, really thin feature phone. Now we want to radically transform the mobile industry once again by making quality smartphones that can do great things available to practically everyone.

Nine months ago we launched the Moto franchise and flagship Moto X, which brought new value to smartphone buyers through exclusive experiences like Touchless Control and Moto Maker, and the fastest software upgrades in the industry. Then we introduced Moto G, an exceptional phone at an exceptional price and now the best selling smartphone in Motorola history.

Now we’re pushing the boundaries of the value equation even further with Moto E, a new class of smartphone that’s fully loaded and fairly priced -- a perfect combination for savvy shoppers and first-time smartphone buyers. Because smartphones haven’t always come at smart prices and we believe that people shouldn’t have to compromise on quality, style or experience.

The fact is, about 70% of mobile phone users in the world are still using feature phones that can’t unlock the full wonder of the mobile Internet, in many cases because they don’t think it’s worth the $337 for a smartphone (the average selling price globally in 2013).

We believe it’s time the feature phone era came to an end and that quality smartphones are made accessible and affordable for all. Say hello to Moto E and join us in officially saying goodbye to the feature phone forever.


Moto E: Made to Last. Priced for All.

Built to last
Moto E has a high-resolution 4.3” display with 256ppi, the sharpest in its class. Everything from photos to videos to web pages comes to life in brilliant detail. Plus, Corning® Gorilla® Glass and a water-resistant splash guard help protect it for lasting durability.

Power to last
With a long-lasting 1980 mAh battery you can go all day without plugging in.1 So you can think about everything you want to do, not how much time you have to do it.

Software to last
Moto E runs Android™ 4.4.2, KitKat®, the latest version of the world’s most popular mobile platform. And with a guaranteed upgrade,2 you’ll know you’re always up to date with the best Android experience.

And the best part -- it’s priced starting at just $129 on Motorola.com with no contract.

Moto E will be available in more than 40 countries through more than 80 carrier partners around the world over the next few weeks.

We’re also offering an upgraded version of our popular Moto G, featuring 4G LTE. Same great features now on the fastest networks where available, for just $219. The original Moto G continues to be available for $179 on Motorola.com without a contract and through local carriers in more than 40 countries worldwide.

Learn more about mobile Internet access, feature phone usage and the desire for affordable smartphones around the world here.

Share your memories of what life was like before smartphones, while helping your family or friends say #GoodbyeFlipPhone and hello #MotoE here.

IMAGES and BROLL: Follow this link (also in the footer) for images and broll (you agree to our license terms when downloading images or video)


1All battery life claims are approximate and based on an average user profile that includes both usage and
standby. Actual battery performance will vary and depends on signal strength, network configuration, features
selected, and voice, data, operating temperature and other application usage patterns.
2The device will receive at least one software update to the current KitKat 4.4.2 operating system.
3Motorola Shells sold separately. Colors and availability vary by market.