The Download: Making One's Voice Heard is Not as Easy as it Sounds 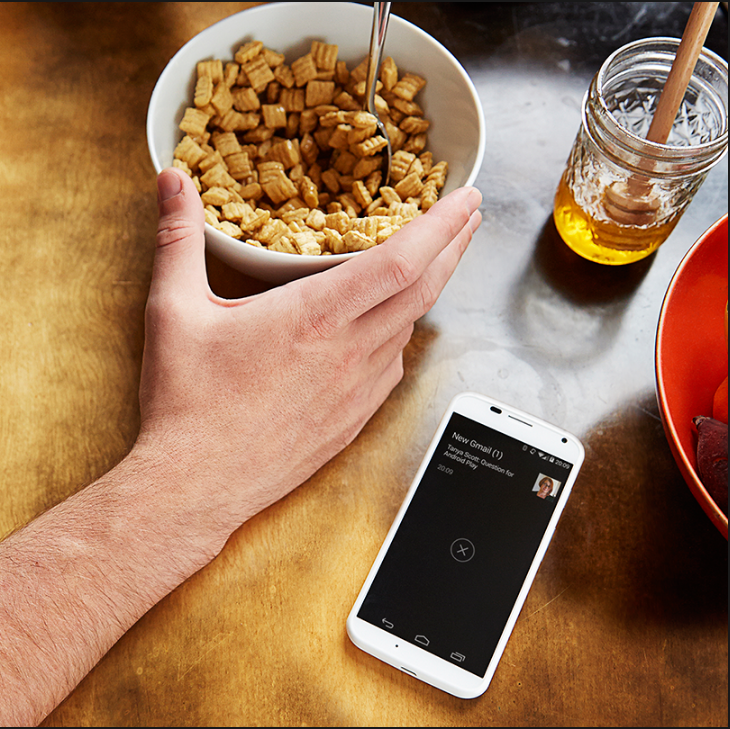 For a long time, touchless voice control was considered the holy grail of mobile devices. We knew it would make the experience on our phones irresistible—for our users driving in the car, cooking in the kitchen, glued to the TV watching that last episode of Breaking Bad—or whatever other reason you have for not wanting to pick up your phone.

We learned a lot in the process of building it.

Touchless Control was thrilling to launch and has been even more exciting to evolve. But the process of building the feature was an experience for us, too! For today’s Download—our regular spotlight on Motorola software—we want to share what we learned in developing Touchless Control:
Today we’re inspired to see that the majority of Moto X users are actively using Touchless Control with a significant number using it more than five times a day. Google searches are the most often used command followed by voice-activated calls. The touchless features are especially popular among our younger users.

One of the most frequent questions we received for last week’s Hangout on Air with Punit was whether we were continuing to develop new Touchless Control features and commands. The short answer is yes. We’ve learned a lot in building this software from the beginning, and we look forward to launching future features and commands in the coming months.