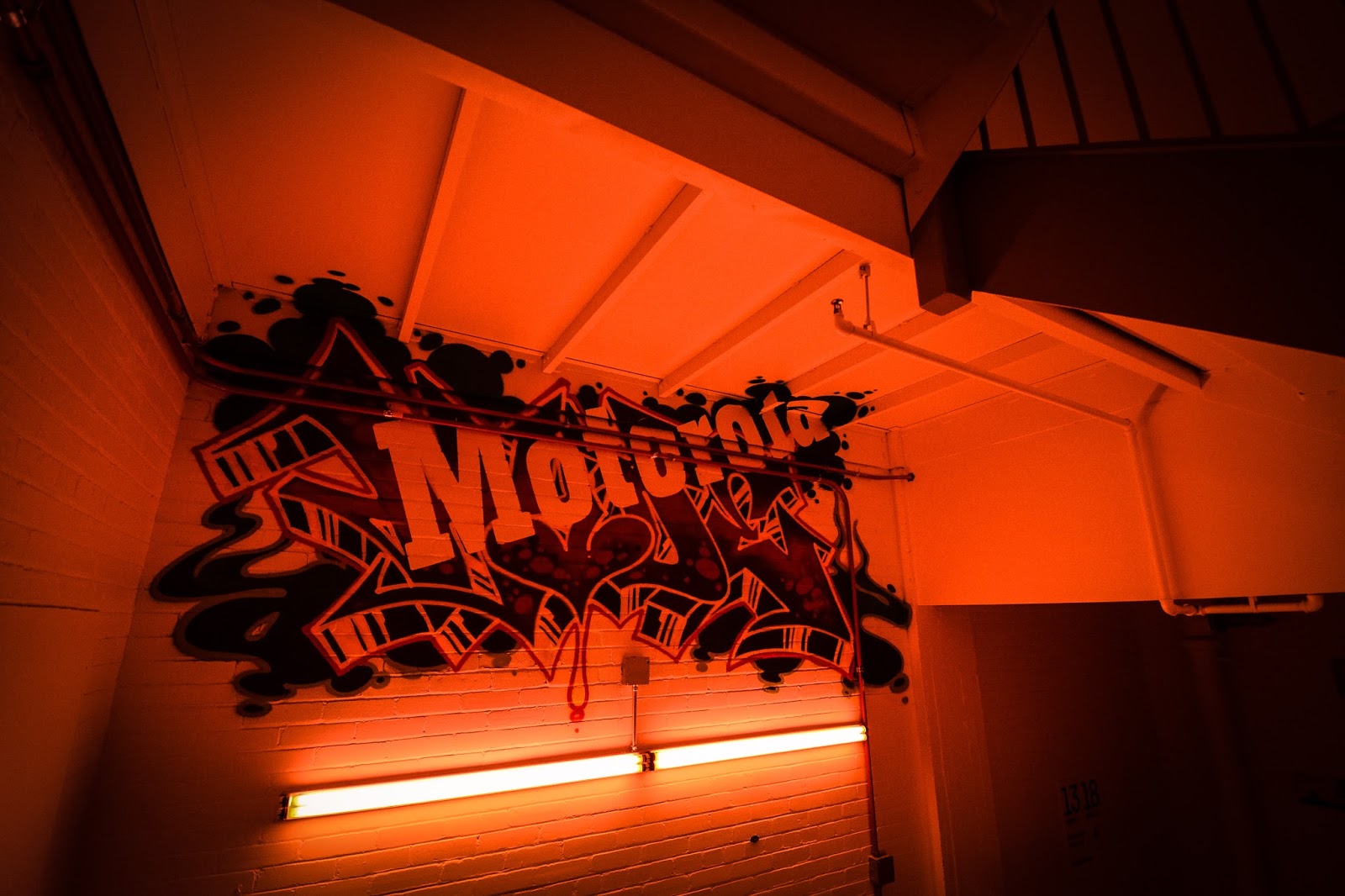 Former editor at Engadget Darren Murph joins us to take a deeper look inside Motorola’s present and future. Over the next several weeks, he will be sharing behind-the-scenes stories from the people that are building the company’s future.

Until recently, those in search of their first smartphone faced only a couple of options, and none of them were particularly thrilling. They could either opt to carry on using a flip phone or feature phone, devoid of critical features such as a web browser, access to a thriving app store, and turn-by-turn navigation. Or, they could turn to an antiquated and feature-stripped “smartphone,” many of which tested the very definition of the term. The third option — out of reach for many — was to cobble together well over $500 for a top-tier, premium smartphone.

Thankfully, we no longer live in a world where you’re forced to either stretch your budget or continue to live without one of the world’s most transformative technologies.

Earlier this year, Moto E was revealed to a global audience. It was a project many years in the making, and according to an interview I conducted with VP of Product Marketing Steve Sinclair, it was a phone that was built very deliberately. At $129 with no subsidization (nor strings attached), Moto E is amongst the most affordable smartphones on the planet. But the true allure of the E goes beyond the price — it’s the unprecedented performance at its price that makes it special. 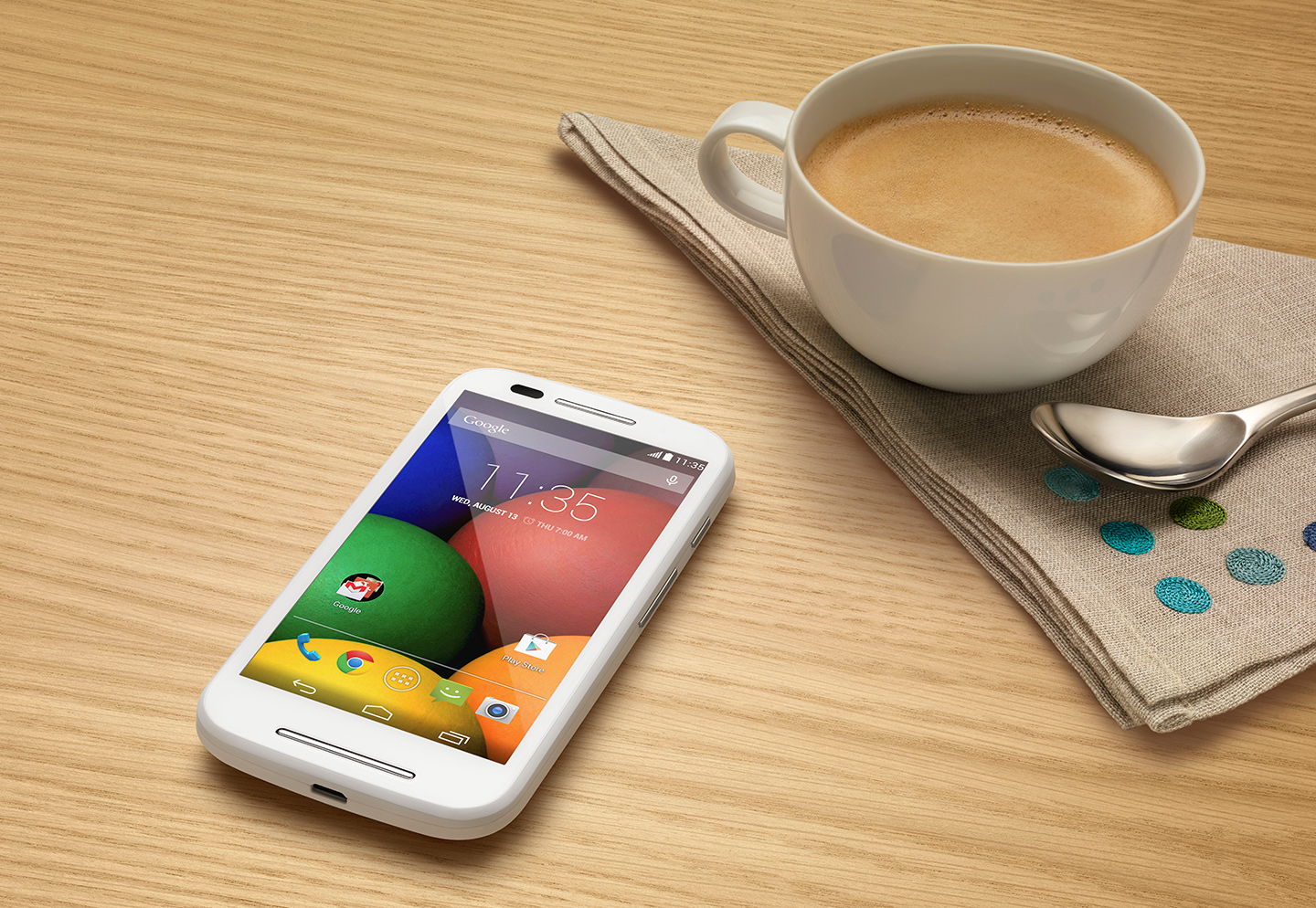 In speaking with a number of engineers, designers, and executives within Motorola’s walls, I learned that the price tag was meaningful on a number of levels. After leaving Apple to join Motorola, Sinclair told me that he “wanted to build high quality products that more people could afford.” Echoing my own sentiments, he continued: “Bringing high quality smartphones to the masses is something that we as an industry should’ve been focusing on.”

I’ve witnessed entire swaths of society transformed by gaining access to broadband Internet for the first time, and in a similar vein, the price point of the Moto E stands to enable the next billion to get connected on a device that punches above its weight.

Sinclair stated that Moto’s decision to build the E was based heavily around research. “We knew the market was going in this direction,” said Sinclair, “as people were migrating from feature phones.” In studying what customers at all levels were interested in, Moto’s team found that display quality were high atop the list. The challenge, of course, was to include these features on a phone that wasn’t just affordable, but enjoyable to use.

Perhaps the most critical differentiator for the Moto E is the power that it possesses. For years, sub-$200 phones were built with old internals and substandard materials. In a nutshell, they paled in comparison to high-end flagships, and left a sour taste in the mouths of many buyers. Too many corners were cut to achieve a rock bottom price, and the user experience suffered mightily. Motorola’s team wanted to make sure such a scenario wouldn’t unfold with the E. 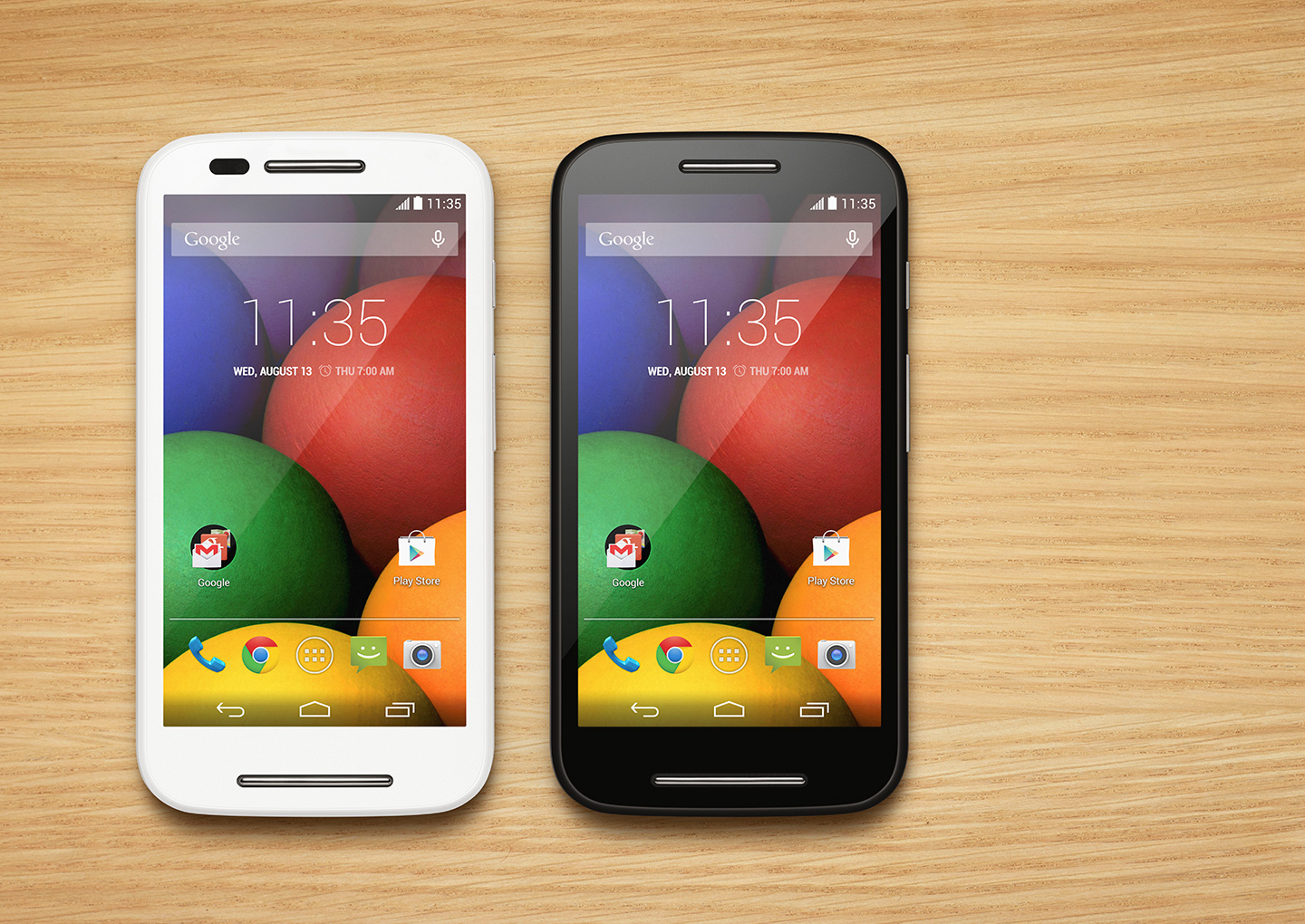 As Sinclair explained to me, each Motorola handset — the E included — has to endure a grueling process before it’s deemed market-ready. A total of 45 key performance indicators are evaluated, with engineers doing everything they can to shave milliseconds from app launch times to the time it takes to answer a phone call. Even with the Moto E, the team insisted on finding a way to include an all-day battery — a cell that could survive Moto’s internal mixed-usage test for 24 straight hours.

The Moto E was built to serve a growing market that was hungry to find an affordable phone that they’d be proud to own, and the Moto X that came before it most certainly helped to set the stage. Per Sinclair, “To compete in the premium phone space, you have to meet incredibly high quality, reliability and durability standards, so we just applied that knowledge to Moto G and E.” He also noted that Motorola’s approach to Android — an approach that strives to deliver a nearly stock experience with no bloatware and plenty of optimization — enabled it to “squeeze out more performance per dollar than anyone else.”

When asked about driving forces behind Moto E, I urged Sinclair to opine on how a mass market-ready phone could impact societies around the world. Personally, I’m intrigued by the notion of millions upon millions of people suddenly being able to afford a smartphone that launches them into the digital economy, and Sinclair seemed to share in that excitement.

To quote Sinclair: “We really think that mobile access to the Internet and everything that the Internet brings — education, job opportunities, social connections, entertainment – should be available to everyone. Our hope is that we’re delivering that kind of freedom and access to people. They could find work, or they could sell something they've built, or stay in touch with their daughter who left home for the first time – that's a powerful thing, and not everyone can afford the highest end device to pull that off."

For many people, this is the only connected device they’ll ever have, so why shouldn’t it be good one?”

We’re @motorola on Twitter -- tell us what you think!