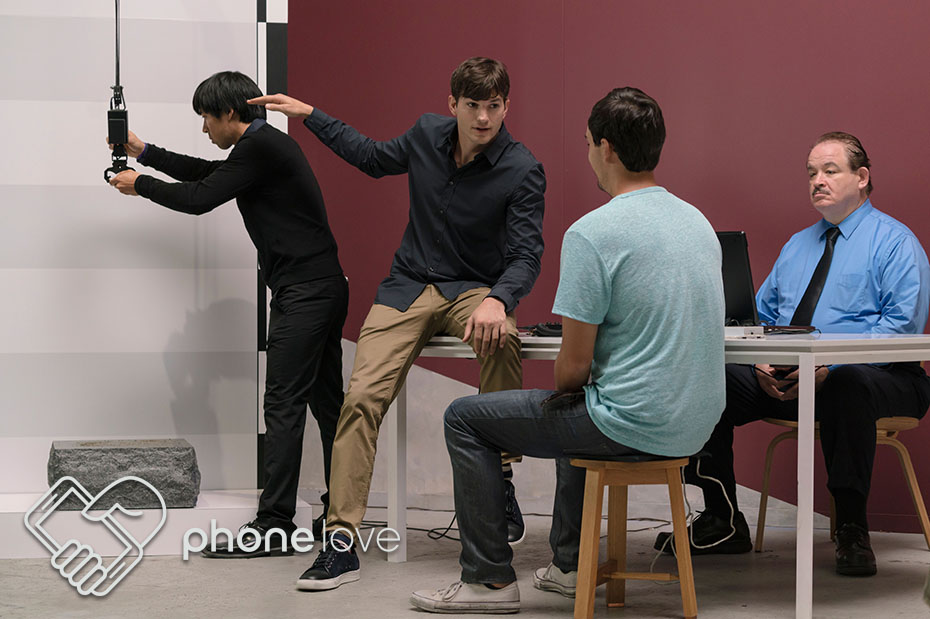 They say love makes you do crazy things -- particularly when it comes to your smartphone.

Think about all the instances when you’ve placed your phone’s needs before your own -- the times you’ve found yourself crawling on dirty floors looking for an outlet to charge from, jumping out of bed in the middle of the night because your phone rings or chimes, or sticking your hand in a toilet because it slipped out of your pocket at precisely the wrong time. We sleep with them, eat with them, even shower with them. And do we need to mention the heartbreak felt when they’re dead, lost or worse, shattered by an accidental drop?

#PhoneLove is the intense and many times irrational relationships people have with their smartphones.

This isn’t bad, it’s simply true. To prove it, Ashton Kutcher conducted a series of real-world social experiments to see what happens when people are forced to choose between themselves and their phones. The purpose of these experiments is simple: to prove that people care about their phones more than they realize, but those phones aren't always loving them back.

Check out people being put to the test to see just how long they can go without touching their phones in this first #PhoneLove experiment:

At Moto, we believe you deserve a better mobile relationship with your phone. One that is reciprocal and two way. Unobtrusive, yet intuitive. Supportive, but not co-dependent. Where all the care and devotion you show is returned.

We’ll continue to share Ashton’s #PhoneLove experiments in the coming weeks to test this theory further. In the meantime, we want to hear about your cases of #PhoneLove on social! For better or for worse.